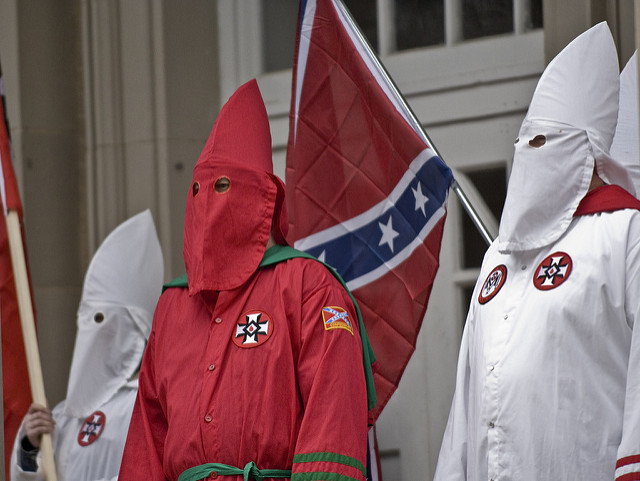 “Ku Klux Klan" by Martin is licensed under CC BY 2.0

using your last name and student ID. Visit the New York Times LibGuide for instructions on how to set up your account.

Use two ore more subject terms below in Academic Search Complete to give you more resources on the same topics as the articles below:

(Description) "David Greene talks to former special agent Michael German about how law enforcement and the federal government are countering the current white supremacist movement following the violence in Virginia."