Selected list of resources focusing on anti-racism as it concerns the Black community.

The Murder of George Floyd: One Year On: a compilation of editorials and opinion pieces. (May 21, 2021).  New York Times Sunday Review.

Coates, Ta-Nehisi. (June 2014). The Case for Reparations. The Atlantic.

Garza, Alicia. (October 7, 2014). A Herstory of the #BlackLivesMatter Movement. The FeministWire.

*The Combahee River Collective was a Black feminist group in Boston whose name came from the guerilla action conceptualized and led by Harriet Tubman on June 2, 1863. The action freed more than 750 slaves and is the only military campaign in American history planned and led by a woman (from Home Girls: A Black Feminist Anthology by Barbara Smith, 2000).

OneSearch allows you to search for articles, books, streaming video and other content all at once. Please note that some of our database content is not included in OneSearch, so you may need to also search individual databases on the Find Articles (databases) page.

Here is a quick video on OneSearch:

The databases below are great for finding background knowledge on current issues: facts and figures, a brief timeline of an issue, pro/con opinions, and names of organizations to gather further information. Each of these databases has unique strengths. Check all to see what they have on your topic.

Find these databases on the library's Find Articles (databases) page. Pull down "All Database Types" and choose Pro/Con: 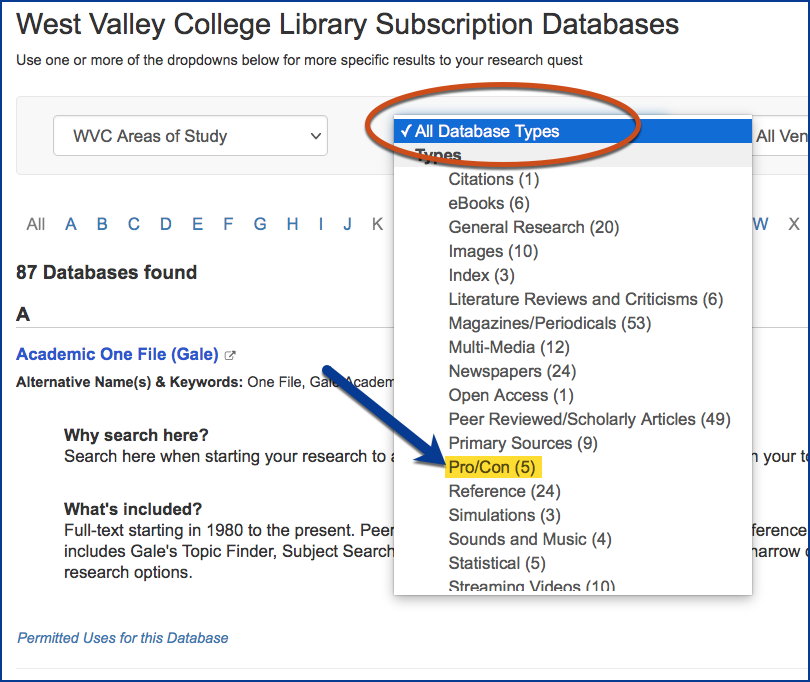 Watch this 4.24 minute video on how to search Academic Search Complete. It is located on the WVC Library's Find Articles (databases) page:

The databases below give you access to documentaries, feature films, plays and historical news features. Instructors: individual videos can be embedded in Canvas classes.

Find these databases on the library's Find Articles (databases) page. Pull down "All Database Types" and choose Streaming Media: 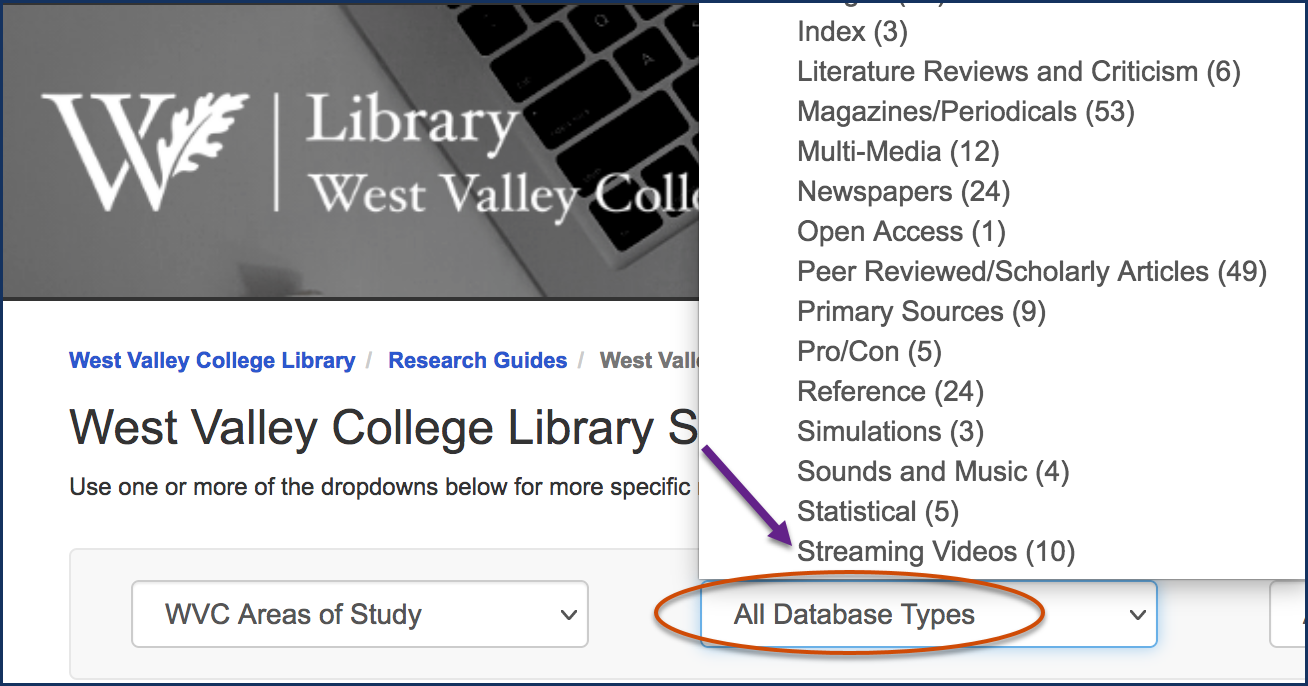